50 years of scouting at the World Scout Jamboree held at Sutton Coldfield. This picture is taken outside the Boots shop.

The 9th World Scout Jamboree, also known as the Jubilee Jamboree, was held at Sutton Park, Birmingham, England, for twelve days during August, 1957. The Jamboree marked dual milestones as it was both the 50th anniversary of the Scouting movement since its inception at Brownsea Island and the 100th anniversary of the birth of Scouting’s founder Robert Baden-Powell.

All the events took place on adjacent sites within Sutton Park located in Sutton Coldfield. As well as the 33,000 participants from 85 countries, an additional 17,000 British Scouts were camping on other organised sites spread over a fifteen-mile radius from Sutton Park and attending the daily organised events at the main campsite, giving a total attendance of 50,000 Scouts in residence, with a further 7,000 being bussed in from locations all over England for day-long visits that were spread over the 12 days of the Jamboree. 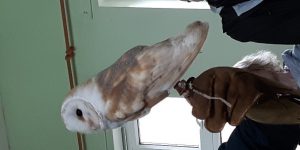 Persistent rain meant that the field day had to be in the hall instead of on Deans Field as planned. Everyone pulled together getting everything ready for the 11 am opening time. The tea and coffee were moved to the John Bentley room along with the Tommy Silhouette. The Blood bike arrived and the local […]

Since the decision was taken in February 2015 to buy the Methodist Church for the continued use of the 63rd Derby Scout Group and the village, we have been thinking about the best ways to raise the money for this ambitious project. Let us tell you about our fund-raising campaign, and some ways in which you can help us achieve our goal... Over the coming … END_OF_DOCUMENT_TOKEN_TO_BE_REPLACED

This website uses cookies to improve your experience while you navigate through the website. Out of these, the cookies that are categorized as necessary are stored on your browser as they are essential for the working of basic functionalities of the website. We also use third-party cookies that help us analyze and understand how you use this website. These cookies will be stored in your browser only with your consent. You also have the option to opt-out of these cookies. But opting out of some of these cookies may affect your browsing experience.
Necessary Always Enabled
Necessary cookies are absolutely essential for the website to function properly. This category only includes cookies that ensures basic functionalities and security features of the website. These cookies do not store any personal information.
Non-necessary
Any cookies that may not be particularly necessary for the website to function and is used specifically to collect user personal data via analytics, ads, other embedded contents are termed as non-necessary cookies. It is mandatory to procure user consent prior to running these cookies on your website.
SAVE & ACCEPT